Places to celebrate Halloween in and around Kingston:

The Viper Rooms are holding a Nightmare on Thames Street night!
Full club décor and live actors on the night!
Entry from 10pm Fancy dress welcome!

Thorpe Park Fright Night every night from now until October 31st!
All of Thorpe Parks thrilling rides in the dark! Including new hair-raising events and live actors on site throughout the night!

Tulley’s Farm is in Crawley, West Sussex
Shocktober Fest scream park is back and scarier than ever with 8 haunted attractions, live music and great food.

Or if you are on a budget, why not have a party in your accommodation! Planning a DIY party like this can be as much fun planning as it is to attend! Get together with some others in your building and have a spooky get together! All prepare one dish and bring a bottle!

Here are examples of some quick and easy Halloween party food recipes:

Stuffed jack-o-lanterns: Cut the top from any colour pepper, carve in some spooky eyes nose and mouth and add cooked long spaghetti – pull the spaghetti through the holes!

Ghost Kobabs: Skewer some fruit and mix with marshmallows, draw a face on the marshmallow with edible pen!

Rice Krispy Brains: Mix Rice Krispies with Golden syrup, butter and sugar. Shape them into brains … leave to cool and set in that shape then decorate with red icing pen!

Spider Jelly: Simply make and set any colour jelly. Once set mix it all up and add some jelly worms! Or plastic spiders look most effective!

Once you are all together with your drinks and spooky treats you should play some spooky Halloween games:

Apple Bobbing: A classic … fill a big bowl or bucket with cold water throw in a load of apples and the game is ready! Each player has to have their hands tied behind their backs and drop to their knees! You can make it more interesting by putting a time limit on them and if they have not caught an apple using their mouths only within 1 minute they should get a forfeit!

Pass the Mini pumpkin: All stand in a line, the first player places the mini pumpkin under his or her chin and passes it to the next player in any which way …. Without using hands!!

Guess the Villain: When your guests arrive at the party, attach the name of a movie villain onto their backs so they can’t see it. They can then ask other guests yes/no questions to try to guess which villain they are, and they can have conversations with other guests to help them figure out theirs.

Photo Booth: Set up a corner in the room with scary props including a large frame made from cardboard … use your party name and where you party is … set up a hashtag and ask everyone to use it when they post their pics! 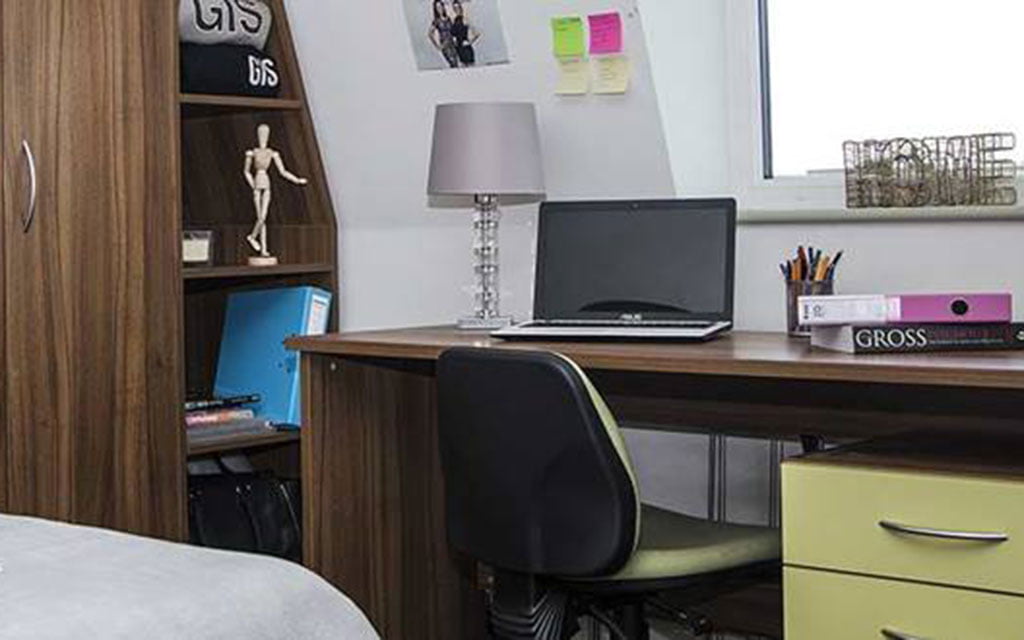 Many students believe uni life and disorganisation go hand in hand. Don’t worry – it doesn’t have to be that way. If you’re one of the many who simply can’t think when you’re in the midst of chaos, these organisation tips will have your room clean, comfortable, and organised in no time, even if it’s a bit less space than you once had at home.

#1 – Go Below!
If your room isn’t quite as big as you’d like, you may be able to utilise some of the space under your bed. Under your bed storage is available that could be used to hold almost anything. Add a small storage unit to your desk, and you automatically have more shelving than you did before. You could use the walls for pin boards, magnet boards or other organisers that will give you a place for absolutely everything.

#2 – Rethink Furniture
No room for a comfy chair or futon? Consider some accent pillows and maybe a throw on your bed instead. It means a great way to relax and watch a bit of telly without feeling like it’s time for bed. You can repurpose other furniture to meet your needs as well. Your study area, for instance, might double as your dining room table when you’re not headed to the kitchen for meals.

#3 – Rollers Rock
If you’re going to be short on space here and there, consider a cart on rollers so you can move it around a bit. At night, it could function as your bedside table. During the day, maybe it sits beside your desk. If you can move it around, you may feel like you have far more space.

#4 – Meet the Command Hook
If you haven’t already used Command hooks, it may be time to start. Available nearly everywhere, these handy hooks give you a place for your headphones, your keys, even your jacket. They can literally transform your room from a pile of disaster to organised oasis in a matter of minutes.
Uni life is far easier when you can actually find your revision timetable, and getting organised is the first step in that process. 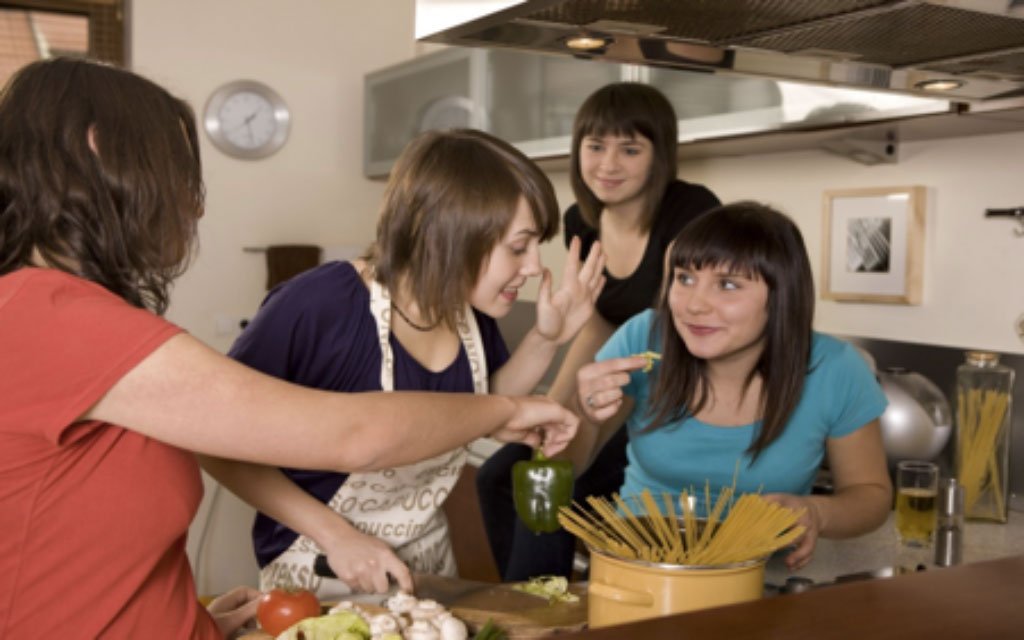 1. Be food conscious, fridge temperatures between 3-5 degrees is good anything more or less, and food tends to go off a lot quicker.

2. If you live at Greencoat House with a friend, save money and time by clubbing together and paying for delivered shopping, this is because stores charge a minimum fee to deliver food which is set to around £40-£60.

3. Rather than choosing items because of their brand name, have a look at the ingredients first. Check the amount of additives, natural ingredients, salt and sugar content, and then compare with a store’s ‘own brand’. Own brands are normally a lot cheaper.

4. Try avocados: they provide more than 25 essential nutrients, including healthy fats and the anti-oxidant vitamins A, C and E. Eat one mashed with black pepper and spread on wholemeal toast before an exam for slow-release energy.

5. Spice up your mashed potato, by mashing in two (or more) types of vegetable – that way you’ll get more of your five a day.

6. Learn to steam food – potatoes on the bottom, fish or meat in the middle, and veg in the top. Cooking this way retains more nutrients in the food, plus you’re only using one utensil, so there will be less washing up.

7. Ordering a pizza, but everyone wants a different topping? Grab some pittas and create your own ‘mini movie pizzas’. They are cheap and cheerful, leaving plenty of money for the ‘beverages’.

8. Meat, fish and alternatives can be expensive so try and put your money together with your friends for supermarket deals. Make sure you freeze what you don’t use straight away!

9.  There are lots of quick recipes available online which are cheap and easy to make, some to mention are Jamie Oliver’s channel 4 Quick & Easy Food.

10. Student’s need caffeine like pens need ink. Energy drinks and coffees are hugely overpriced, so try making your own homemade coffee with your own coffee machine- costs less than the average price of a ‘posh’ store-bought coffee.

0
facebook twitterbird linkedin googleplus pinterest
Continue Reading →
«←123
At Amro Vantage, we care about the welfare of our residents. Our dedicated, on-site managers are always there to provide you with great personalised service and will help you settle in. Our stress-free letting process ensures peace of mind for our residents and for their parents/guardians.